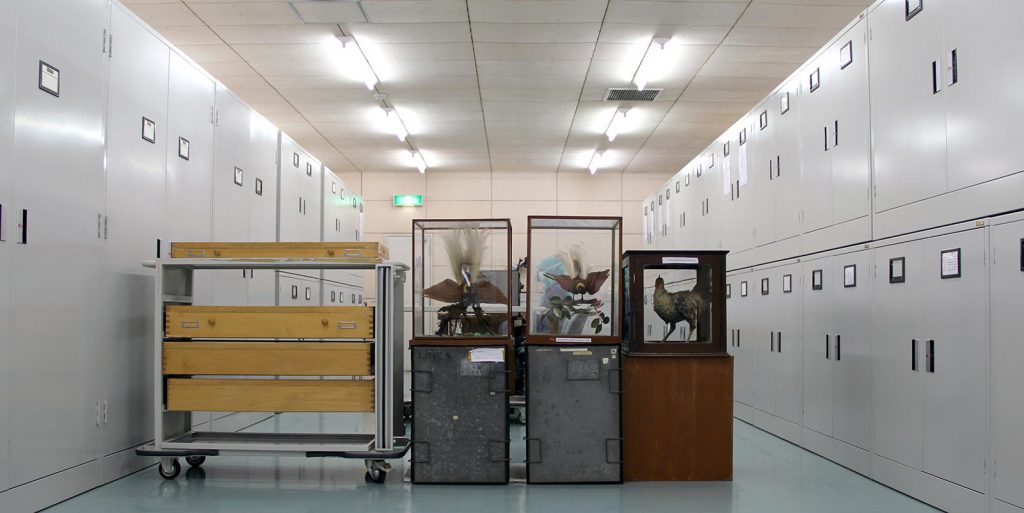 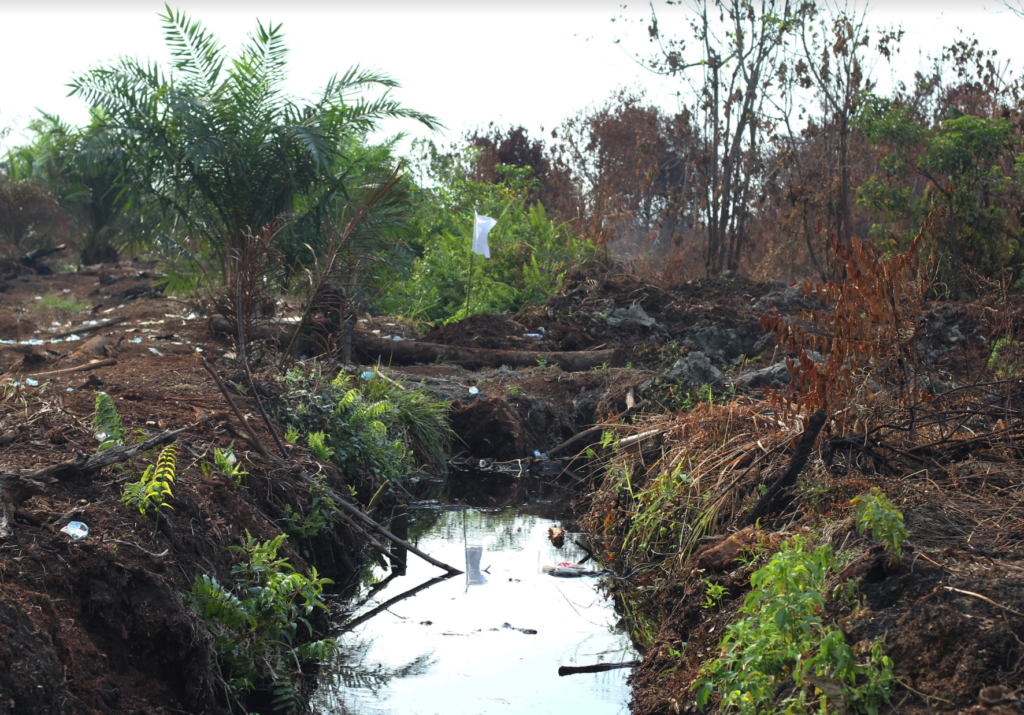 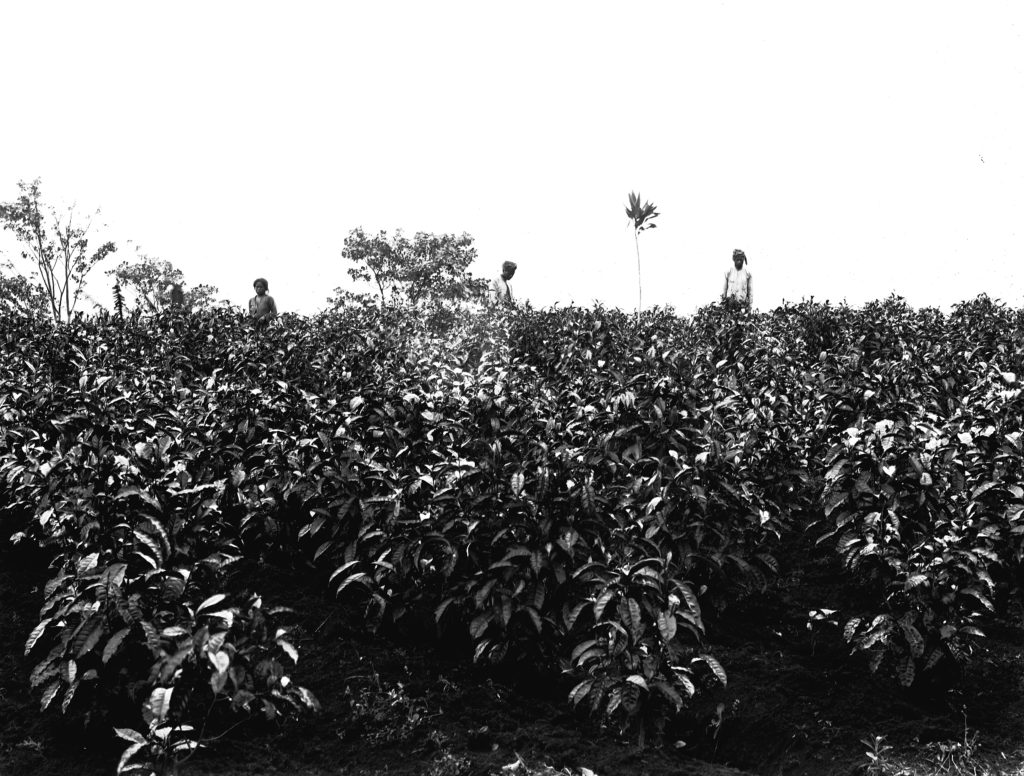 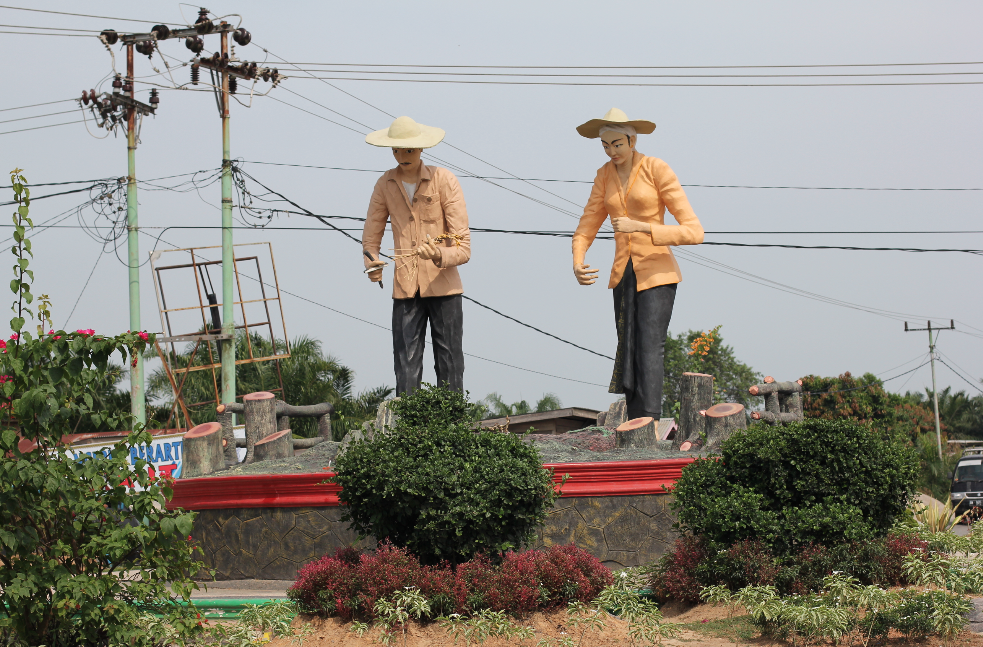 Reassembling the Natural is an ongoing exhibition-led inquiry into the “necroaesthetics” of contemporary natural history led by Principal Co-Investigators Anna-Sophie Springer and Dr Etienne Turpin.  The project combines ethnographic research, field work, archival study, and art-science collaboration in order to convene together and curate scientists, artists, and theorists from the Americas, Europe, Amazonia, and Nusantara for a sustained conversation about the future of “natural history” on Earth. The project takes as its objective a serious, transdisciplinary review of the concept of nature—including its role within the knowledge infrastructure of the sciences, its elaborate housing of myths and cultural heritage, and its consistent place within the arts and humanities—in the context of our accelerating planetary extinction. How can those fields of inquiry through which nature came to be shared, studied, and conserved in human cultures begin to reassemble knowledges among the fragmented worlds threatened by anthropogenic transformation? How can new forms of inquiry and collaboration begin to unground the assumptions of knowledge, futurity, and security which limit the discourse of our contemporary environmental crisis? How can we reassemble and exhibit an exemplary plea for a reconsideration of the natural and its vital role in visual culture, design, science and beyond?

To productively collide with the present crisis, ideas cannot be constrained by disciplines. To date, research for this project has been displayed publicly in the major exhibition 125.660 Spesimen Sejarah Alam [125,660 Specimens of Natural History], which debuted in August 2015 at the contemporary arts center Komunitas Salihara in Jakarta, Indonesia, in partnership with the Indonesian Institute of Science. A second German exhibition cycle, Verschwindende Vermächtnisse: Die Welt als Wald [Disappearing Legacies: The World as Forest], will open at the Centrum für Naturkunde, Universität Hamburg, in November 2017; travel to Tieranatomisches Theater, Humboldt-Universität zu Berlin in Spring 2018; and, then complete the cycle at Zentralmagazin Naturwissenschaftlicher Sammlungen, Martin-Luther-Universität Halle-Wittenberg in Fall 2018. Verschwindende Vermächtnisse is a cooperation with the Schering Stiftung and the Goethe-Institute Singapore and funded by the German Federal Cultural Foundation.

The project aims to intervene in a range of exigent discourses, including those among the visual arts, environmental humanities, sustainable design, science and technology studies, extinction studies, and the major scientific and cultural debate of a generation—the Anthropocene.

As Principal Co-investigators, Springer and Turpin work on the collection, classification, and display of knowledge; they see this curatorial work as a critical practice because it is a way to encourage various communities and public audiences to learn through unorthodox reinterpretations, appropriations, and juxtapositions that affect the world by changing perspectives of it. Unfolding at the intersection of contemporary art, exhibition-led inquiry, applied philosophy, and environmental justice, their collaborative curatorial work provokes transfers and semiotic shifts between objects, images, texts, media, and ideas in order to critically investigate both traditional museological display practices and contemporary environmental politics through artistic points of view. It is in this sense that their practice has approached the Anthropocene thesis; indeed, Springer and Turpin are committed to rethinking traditional divisions of knowledge production, promoting multidisciplinary and multi-stable images of “nature,” and developing postcolonial vocabularies and literacies as part of a cultural turn toward species extinction and anthropogenic climate change.

While Reassembling the Natural mobilizes A.R. Wallace’s Malay and Amazonian specimen collections, the curatorial strategy is decidedly not retrospective; instead, using Wallace as a narrative persona and historical anchor, the exhibition reconsiders his massive colonial archive from a contemporary perspective that builds on progressive intercultural dialogues linking Europe, Southeast Asia, and South America. The project takes the historic colonial archive as its conceptual starting point, exposing it to contemporary local knowledge, alternative readings, and aesthetic critique developed by international artists, scientists, and activists. While large parts of the Wallace collection are stored in traditional European natural history museums, Reassembling the Natural also returns to the original sites of collecting with the aim of examining this cultural repository from an alternative perspective that engages other aesthetic, social, and epistemological questions regarding life in the Anthropocene. The curators’ goal is artistic, cultural, and scientific knowledge co-production about colonial collections which have shaped European concepts of nature, ideas of tropical abundance, and categories of knowledge. Springer and Turpin are experimenting with curatorial strategies to demonstrate how natural history collections can be meaningfully re-situated within contemporary discourse to shape urgent environmental agendas.

The primary objective of the curators is to bring artists, scientists, and activists into an intercultural, collaborative reassessment of colonial archives in order to produce relevant, contemporary work about both the history of European colonialism and its environmental legacy in the present. The secondary objective is the extensive dissemination of the results of this research project, by way of a touring exhibition, as well as the wider international distribution of edited publications.