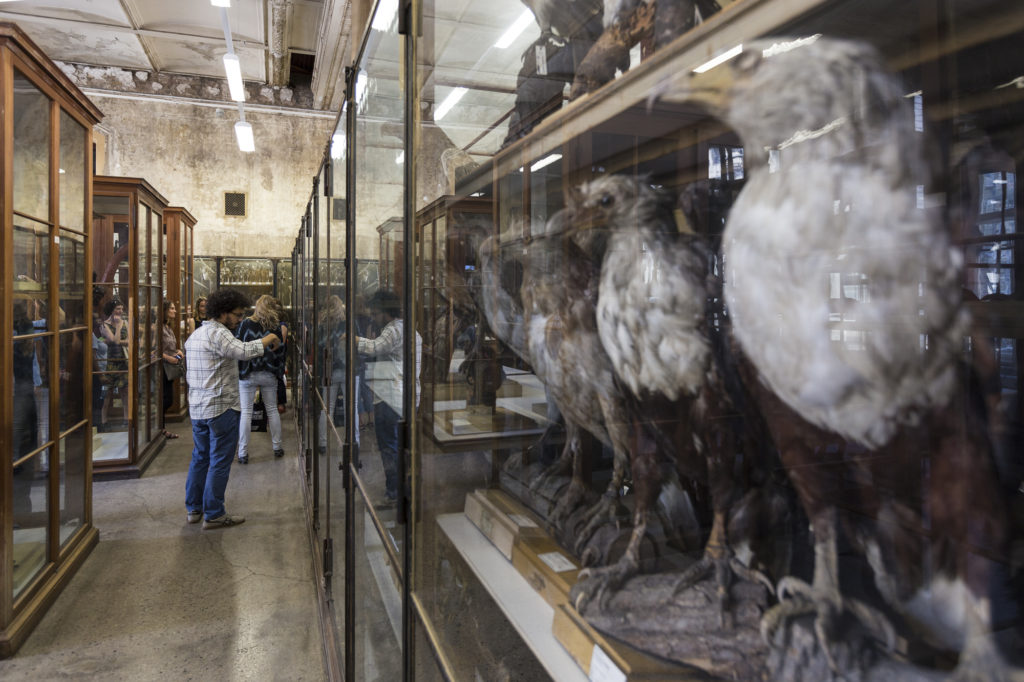 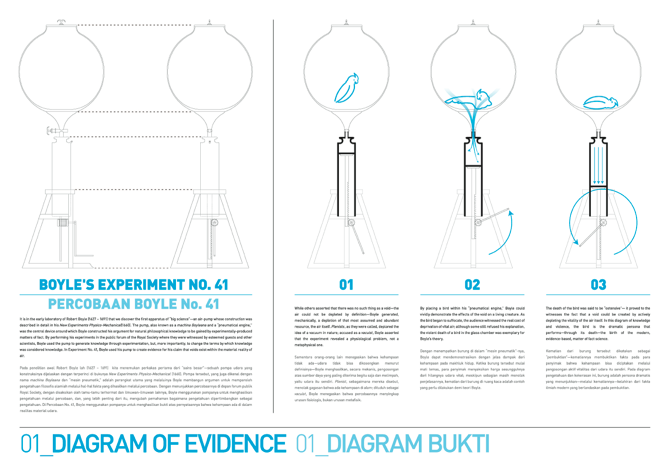 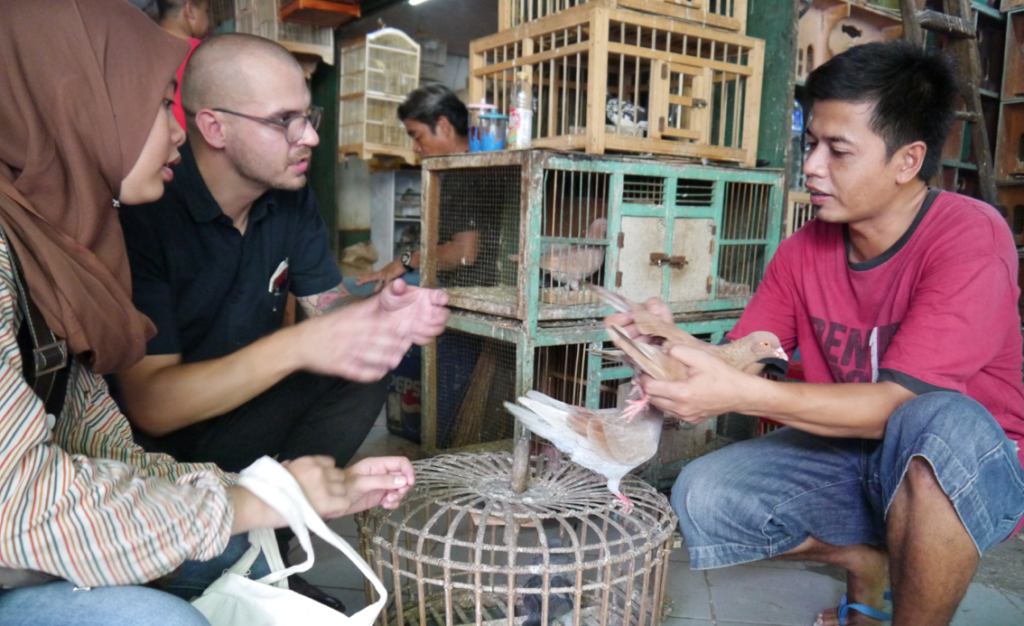 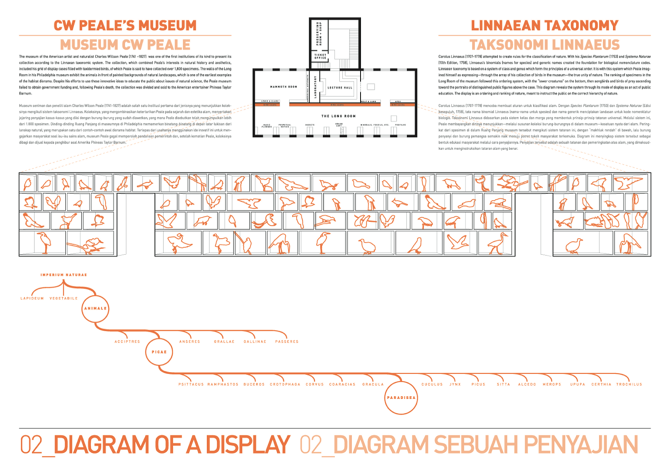 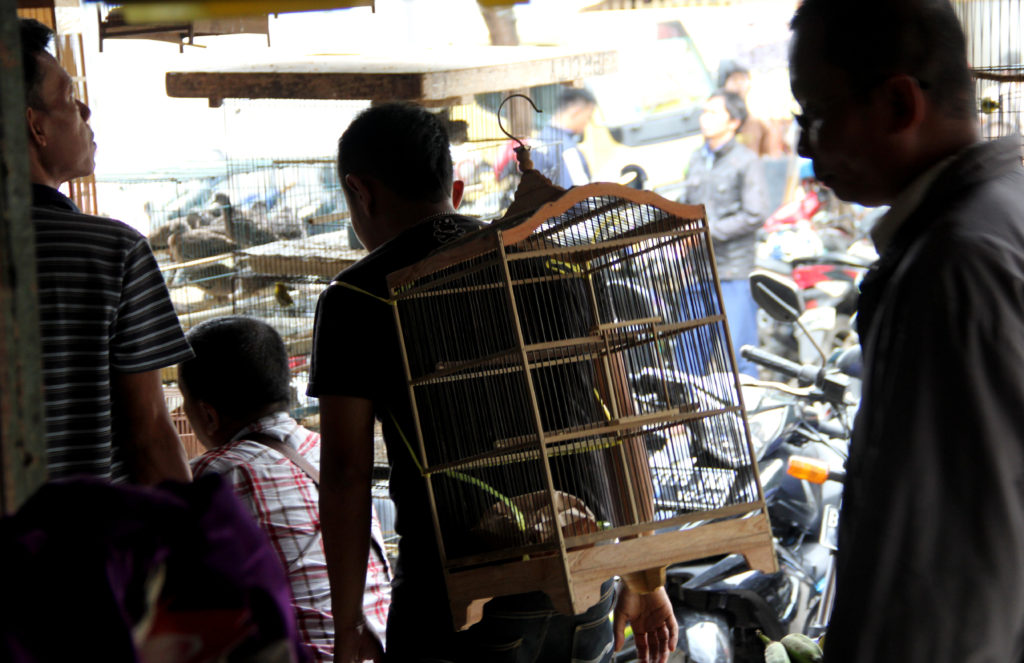 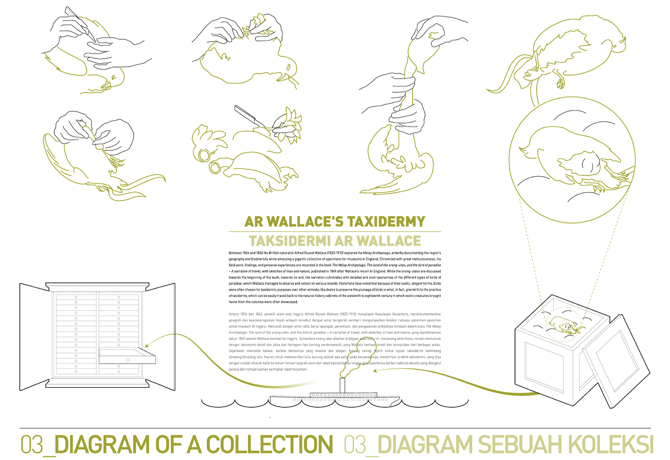 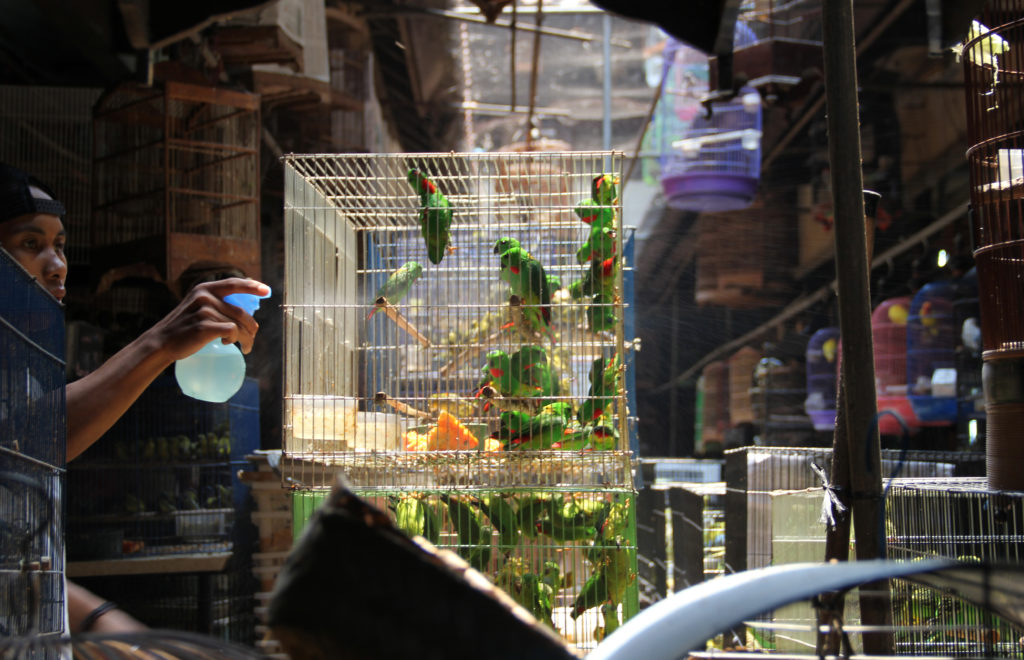 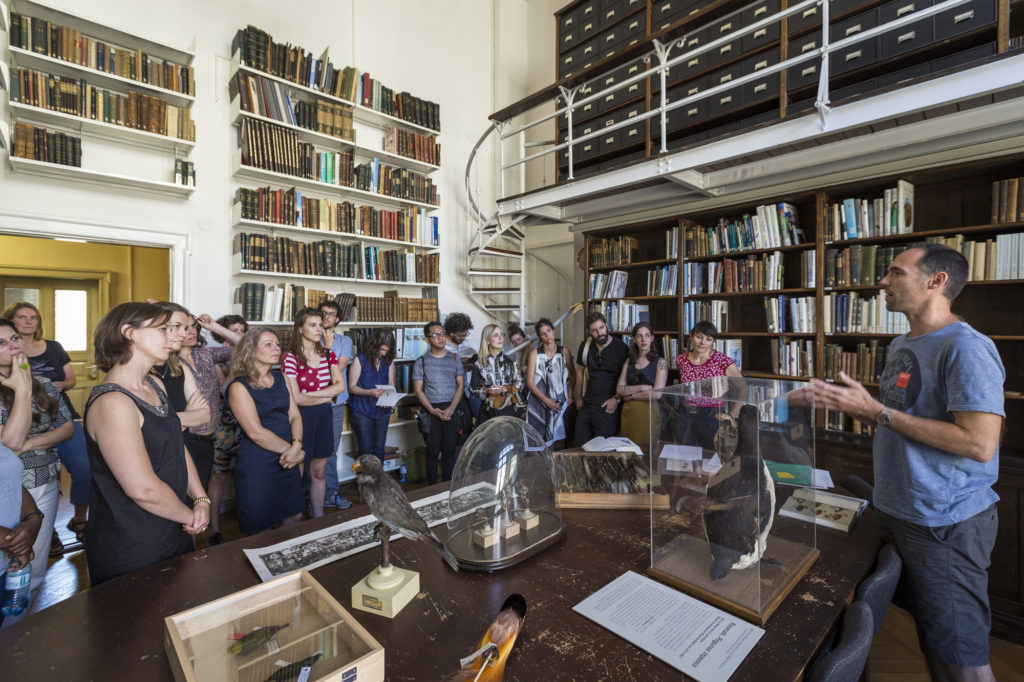 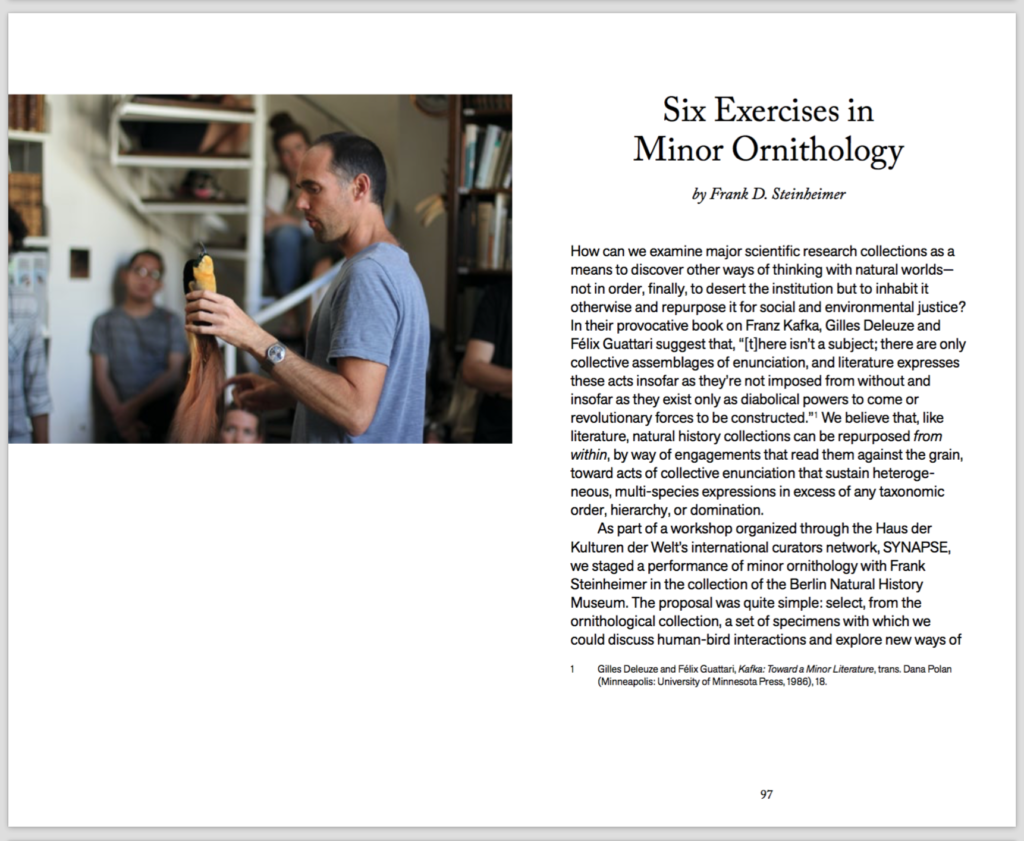 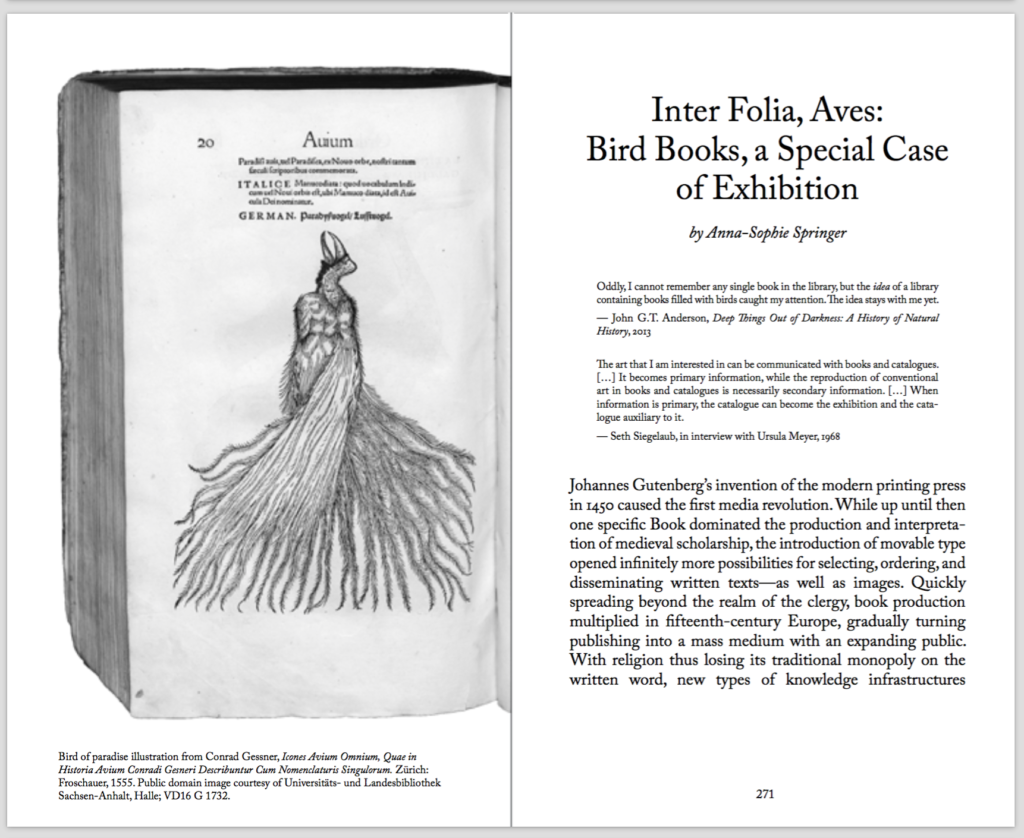 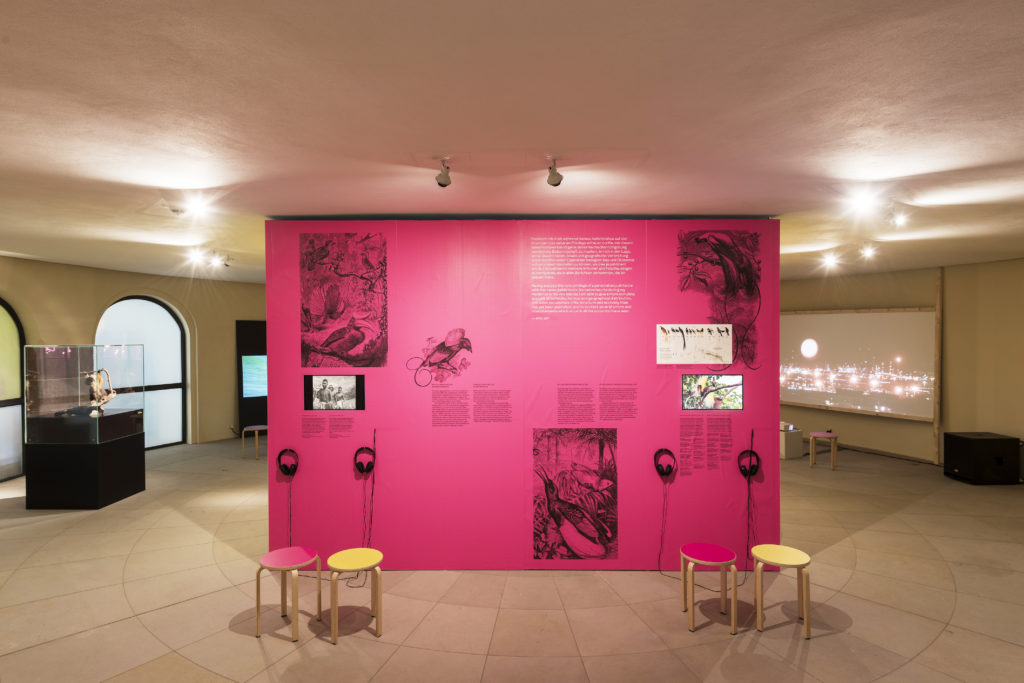 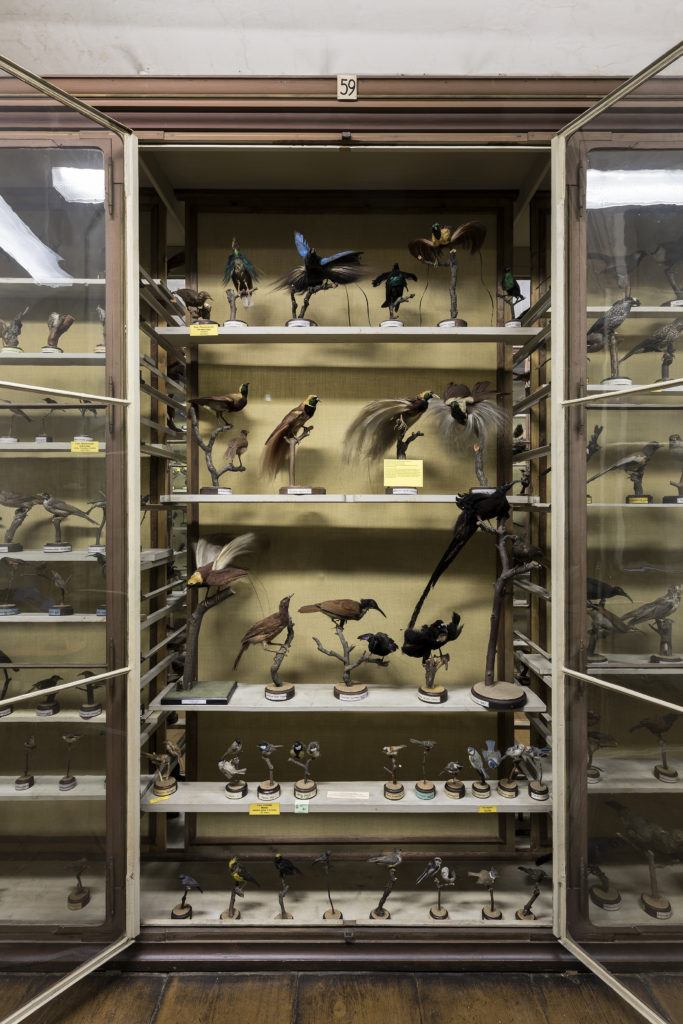 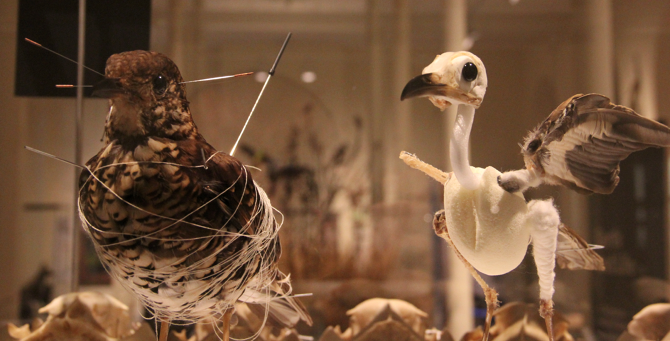 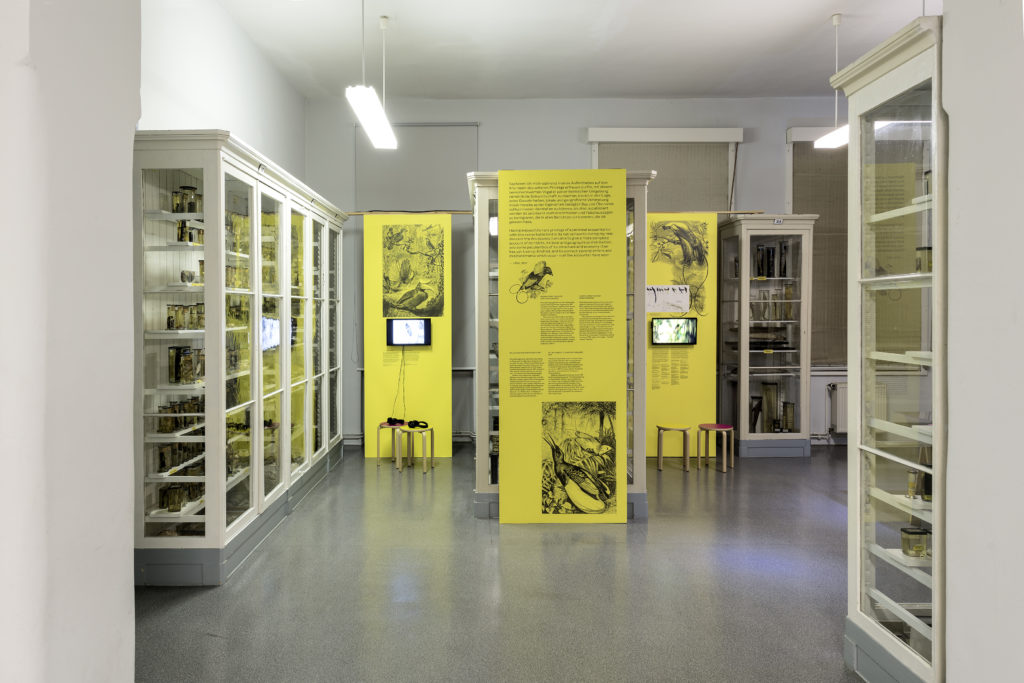 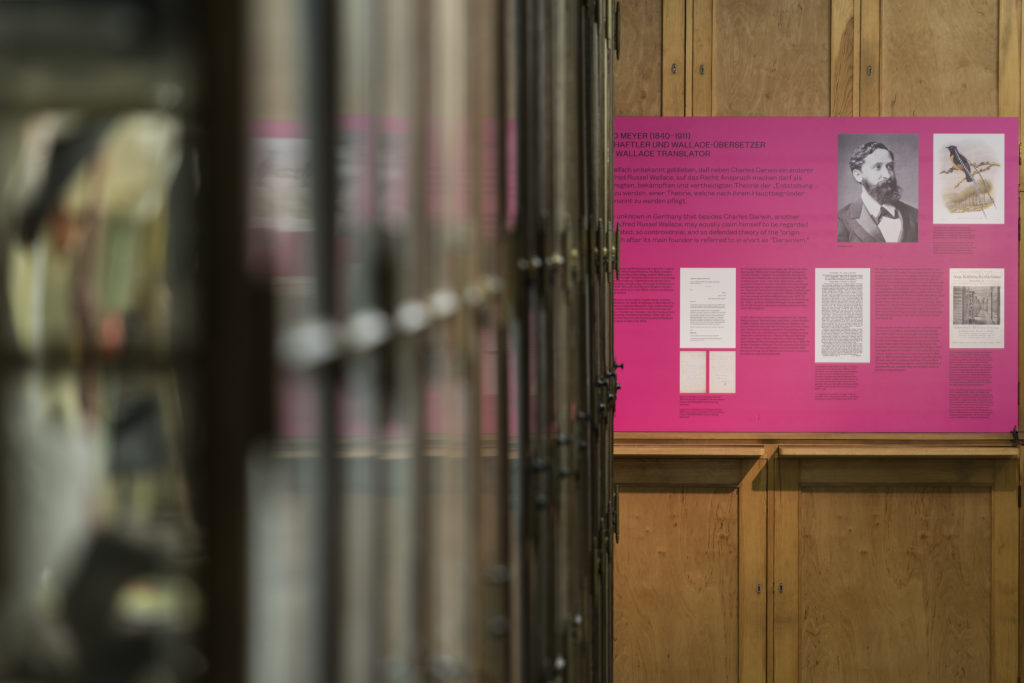 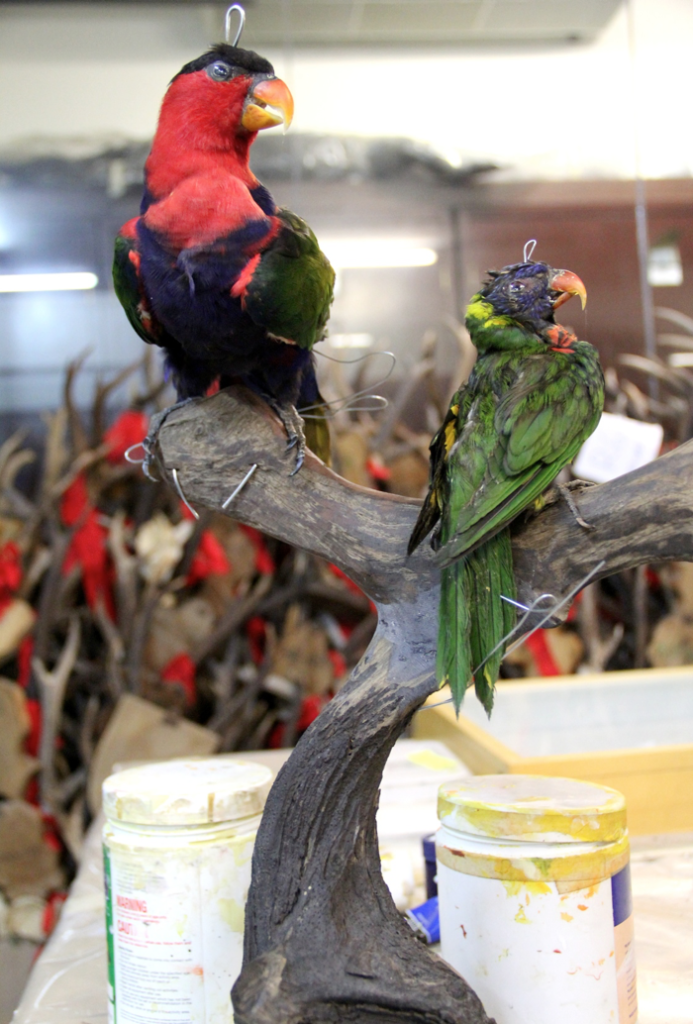 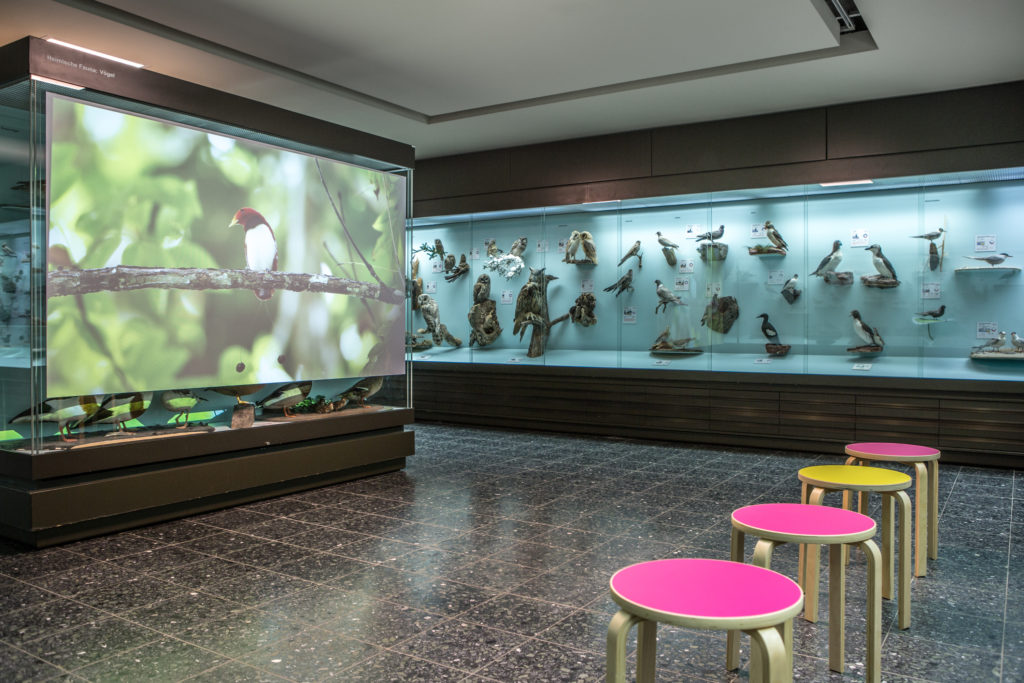 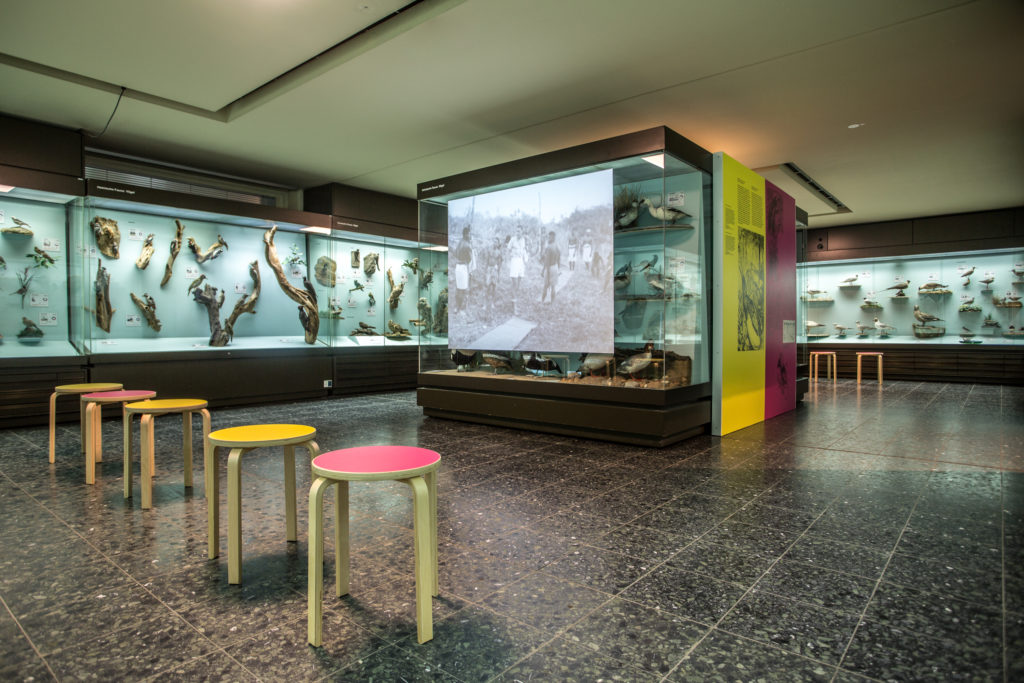 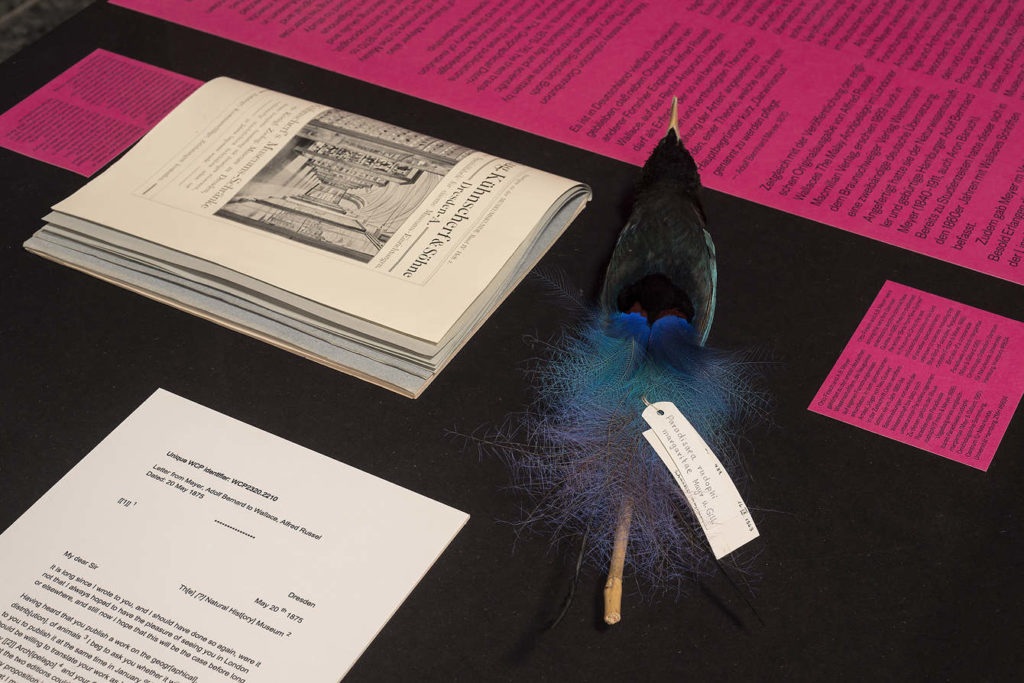 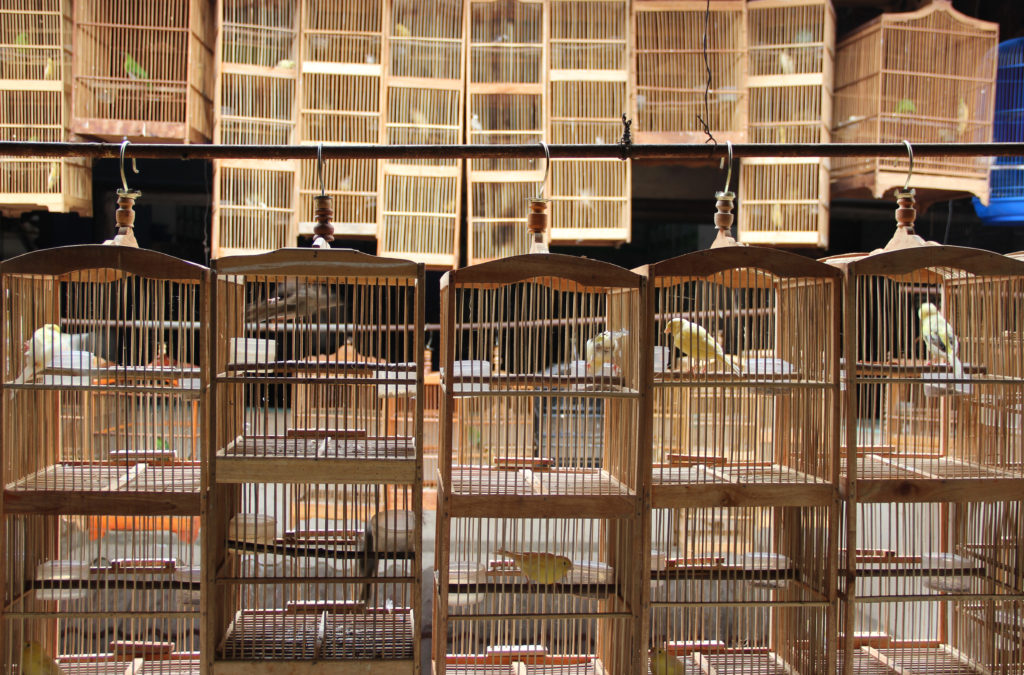 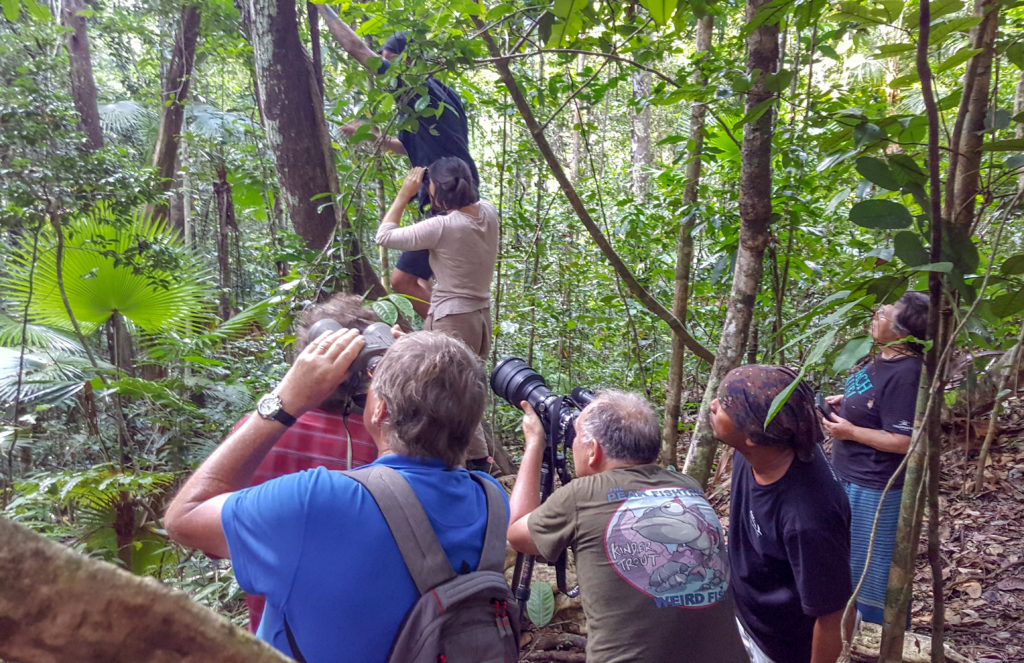 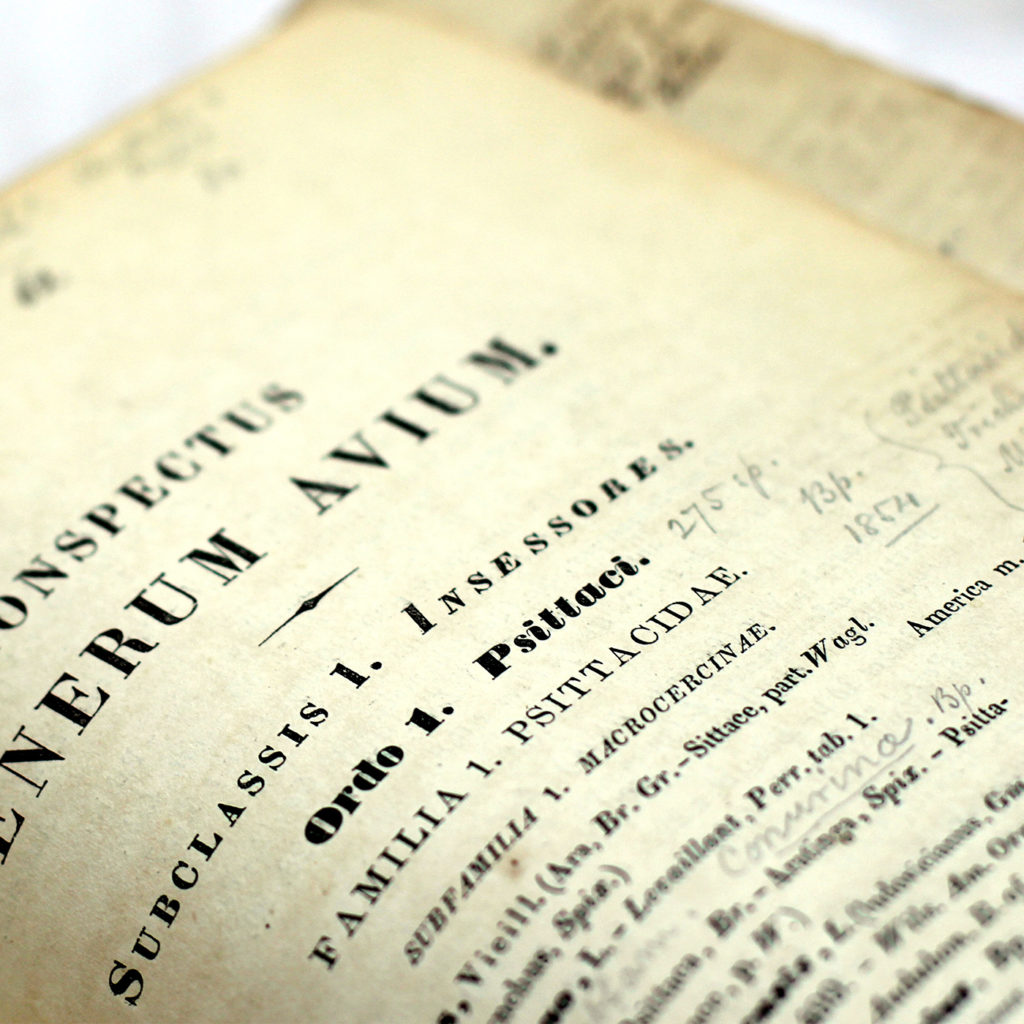 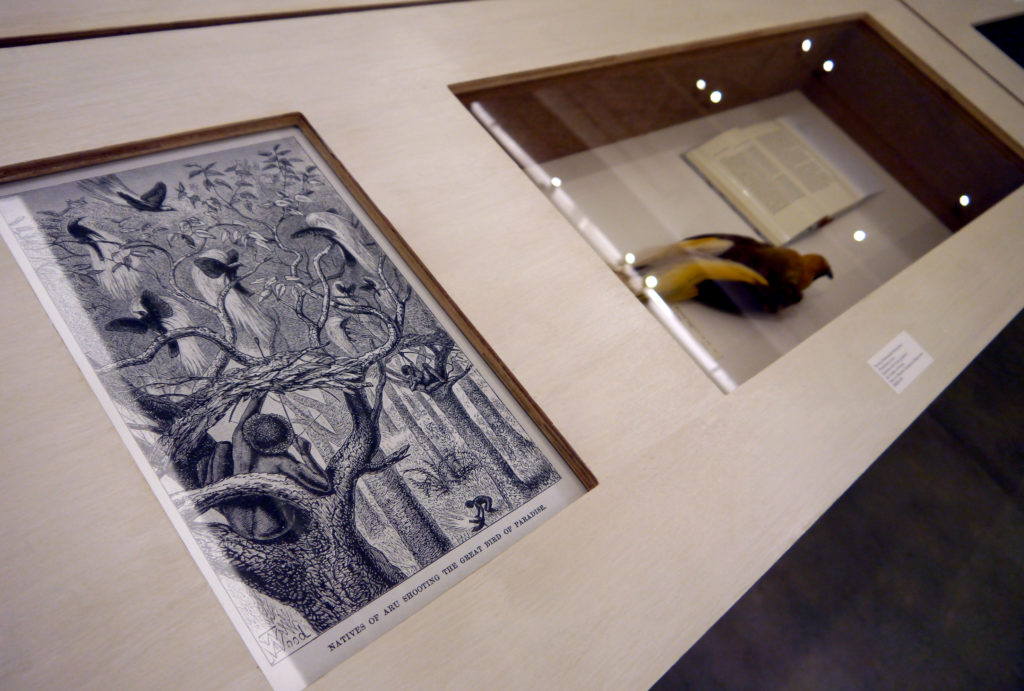 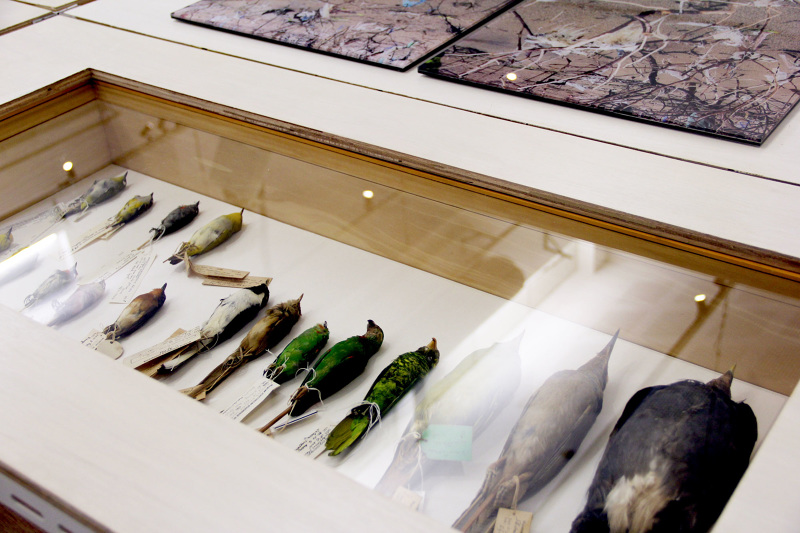 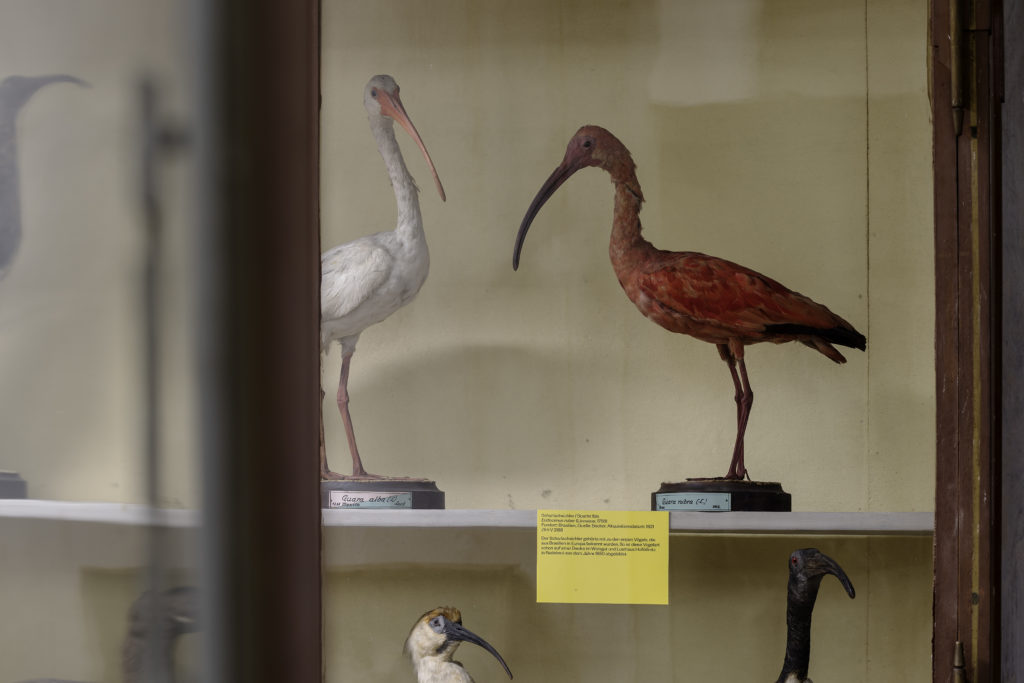 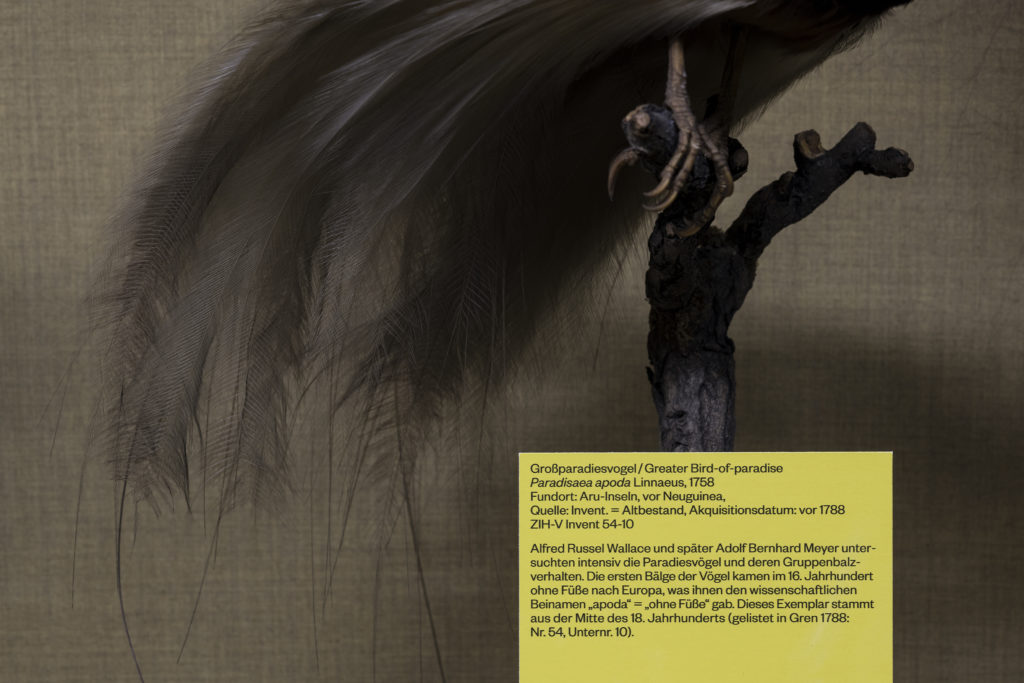 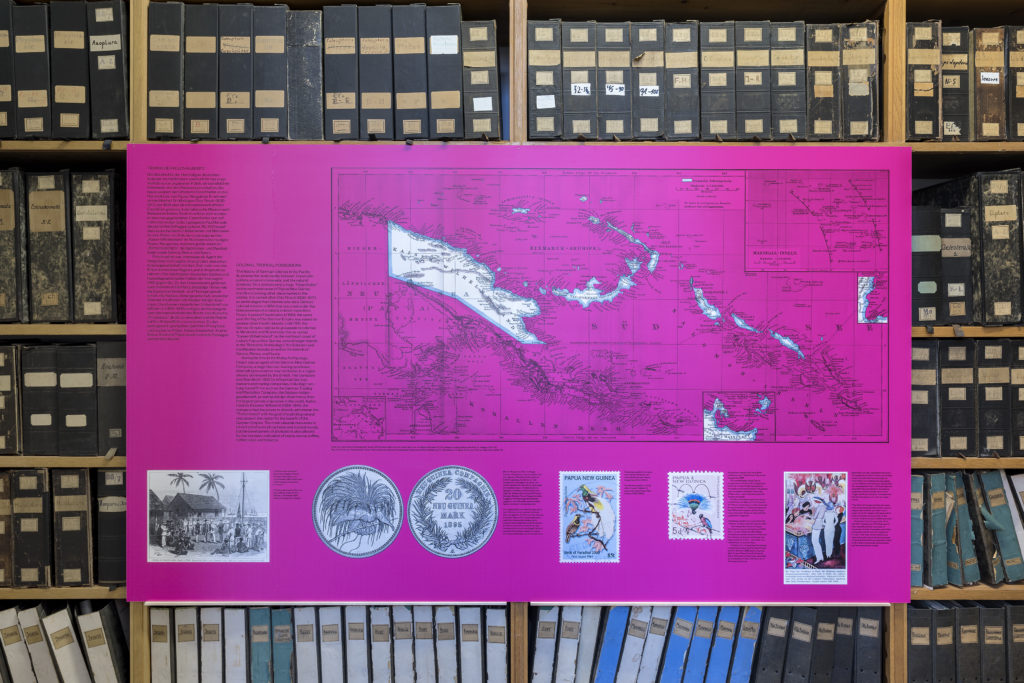 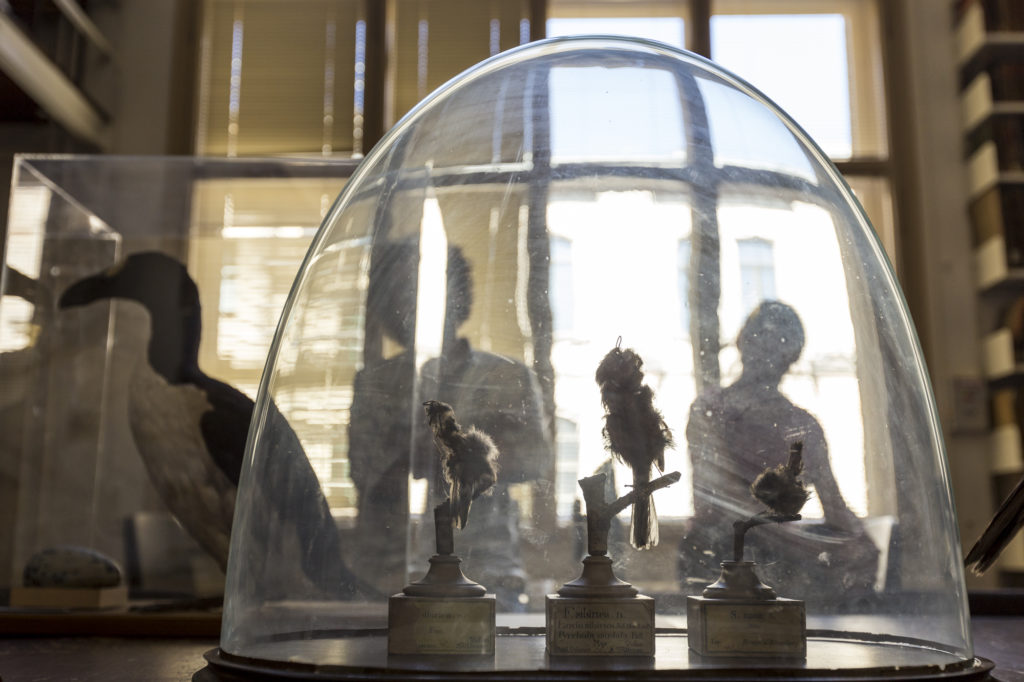 Developed in 2013, the site-sensitive project For a Minor Ornithology was the first collaboration between Anna-Sophie Springer and Dr. Etienne Turpin. Commissioned by the 15th Jakarta Biennale, it founded Reassembling the Natural and became the first of numerous bird-related exhibition and publication projects (see below).

Under the theme “Siasat,” the 15th Jakarta Biennale aimed to examine the roles of citizens and artistic practices in both the city’s life and the city’s spaces. Etienne encountered the Jakarta bird market (Pasar Burung Pramuka), while he and Anna-Sophie were beginning to investigate the colonial legacy of Alfred Russel Wallace and his Southeast Asian natural history collection. For the installation For a Minor Ornithology, Etienne organized groups of Biennale visitors to commute from the exhibition to the bird market; on site, he prepared and mediated a set of conversations in which visitors could learn about the typical work of different vendors and bird breeders at the market; in return, the marketeers were pleased to share their knowledge, skills, and experience of a life with birds with international visitors through a live translation.

In the Biennale exhibition space, this communal activity was echoed with an installation of three diagrams, a short essay, and a vinyl record player resounding an album of birdsong normally used by a marketeer to teach his captive birds how to sing ex-machina. In the diagrams and the attendant essay, published in English and Bahasa Indonesia on the backsides of each diagram (which also served as take-away publications), Anna-Sophie and Etienne considered the remarkable role of birds for European scientific—not strictly ornithological—experiments (such as Robert Boyle’s proving the existence of the vacuum by bird suffocation), public museum displays (such as Charles Willson Peale’s bird wall based on Linnaean taxonomy and human exceptionalism), and taxidermy techniques (as practiced with great difficulty by A.R. Wallace during his eight-year collecting expedition in Nusantara).

The core concern for our Minor Ornithology project was to emphasize the ambivalence between minor science and major science—whether through questions of relationality and conviviality, evidence, display, or collection—in their varying ratios of capture and flight. As we wrote in the 2013 essay: “As minor experimentations become major normative assumptions, we discover the strange, contingent unfolding of the will to knowledge.”

Truly formative for Reassembling the Natural as a whole, this early project also became the first instantiation of a series of later projects, ranging from lectures to exhibitions and books, focusing  specifically on avifauna and their role in the development of human knowledge, aesthetics, and culture.

“Reassembling the Natural: A.R. Wallace in the Anthropocene.” Lecture by Anna-Sophie Springer and Etienne Turpin for SeaTrek’s ‘On the Trail of A.R. Wallace’ Voyage, Halmahera, Indonesia, January 2018.